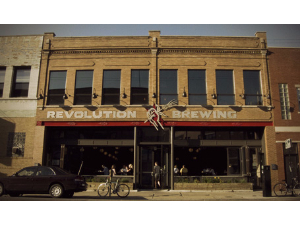 Start your beer revolution with Chicago's own award-winning brewery, Revolution Brewing! Founded as a brewpub in 2010 in the Logan Square neighborhood, Revolution has received awards from the Great American Beer Festival, the World Beer Cup, and Time Out Chicago, among others. Revolution wants to give you and nine of your friends a private tour of their brewery, $75 to put towards delicious beer and food at their brewpub, and two 22-ounce bottles of their beer to take home.