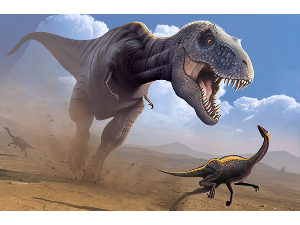 Two, behind-the-scenes tours of cultural powerhouses. First up: Dinosaur Hunter. Your group of 12 will receive a private tour led by a vertebrate fossil expert, through the back rooms and labs of the Field Museum. Visit the fossil prep lab and the Dinosaur and Oversize Collection area, which houses fossils of the most fearsome creatures ever to walk the earth. You'll hold the teeth, claws and fossils of species that haven't even been named yet! Time based on mutual agreement (days preferred), parking included. The Newberry is a bibliophile's Dream. President David Spadafora will lead your private tour for 6 people of the Newberry Library, including the once-in-a-lifetime opportunity to explore the off-limits Stacks Building, a 10-story repository of countess rarities, including Shakespeare's first folio, antique and illuminated maps, and the first bible printed in the US. Time based on mutual agreement during normal hours (weekdays or Saturday, no Sundays).