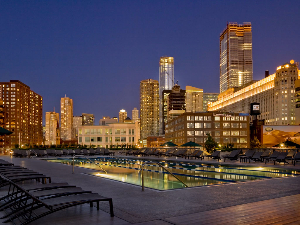 Make working out a fun experience with two passes to the East Bank Club, considered the gold standard in the fitness club industry. This package also includes $50 toward lunch or dinner at Maxwell's , the sophisticated but casual restaurant at East Bank Club, offering a broad selection of delicious small plates, salads, entrées, desserts and wines.