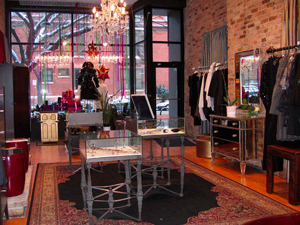 Head to the beach, brunch or the library with this caramel-colored, butter-soft leather drawstring tote from Adelaide . For an edible treat, have fun indulging your sweet tooth with 2 $50 gift certificates from Sweet Mandy B's Old Fashioned Desserts .