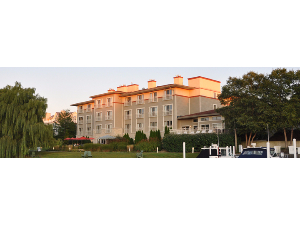 Enjoy an overnight stay in a waterfront room with a fireplace AND breakfast in bed at the beautiful Harbor Grand Hotel in scenic New Buffalo, Michigan. Next, enjoy the lush greenery of Fernwood Botanical Gardens with admission for 3.