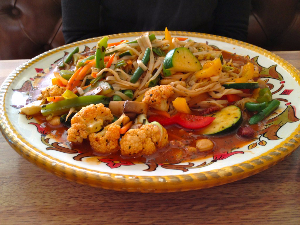 Experience organic vegan Korean cuisine in a tranquil setting with a $40 gift certificate to Amitabul Restaurant. Enjoy delicious dishes (served in huge portions!) like Green Heaven, Dark Side of the Moon, or Wolfman Dream Treats.