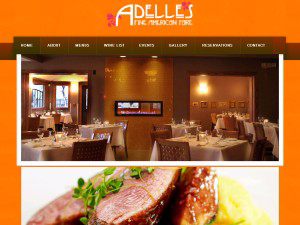 Adelle's Fine American Fare in Wheaton specializes in imaginatively prepared cuisine by Chef John Anderson and has received a Zagat rating of 26 out of 30. Equally impressive is the live jazz lounge on Thursday evenings. Whether your passion for American inventiveness incorporates cuisine, jazz, or both, treat yourself with a $50 gift certificate.