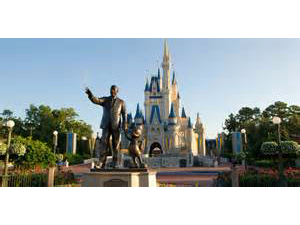 Disney Escape! (4) One-Day Park Hopper passes to Disney World. These passes, valued at $536.00, are valid during normal operating hours and provide admission to a magical experience at our unique theme parks: the Magic Kingdom Park, Epcot , Disney's Hollywood Studios , or Disney's Animal Kingdom for one day. Please note, the passes are valid for two years from the dated issued and cannot be upgraded nor can they be applied towards a package to meet eligibility requirements. A special thank you to Walt Disney World for their generous donation!