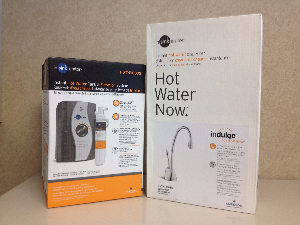 Hot. Water. Now. Instant hot water dispenser with filter. This Indulge Contemporary Satin Nickel dispenser delivers near bowling water at your command. A special thank you to Emerson/InSinkErator for their generous donation!