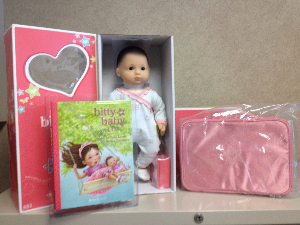 American Girl. Make your little one's dream come true with this American classic toy every little girl should own. The American Girl Bitty Baby Set should go home with you tonight! A special thank you to Russ and Debbie Weyers for their generous donation!