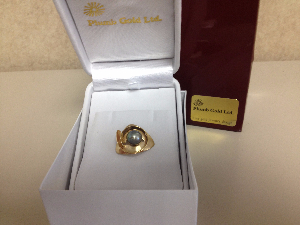 Tahitian Pearl Pin! Stun everyone with this elegant one-of-a-kind Judy K. Olsen Tahitian Pearl! A special thank you to Plumb Gold, Ltd for their generous donation!