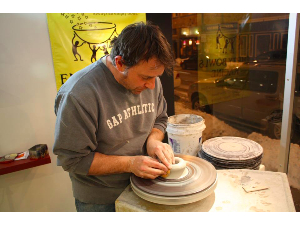 Jeff Shawhan Raku. Enjoy this beautiful work of art from Racine's own Jeff Shawhan. A special thank you to Jeff Shawhan for his generous donation.