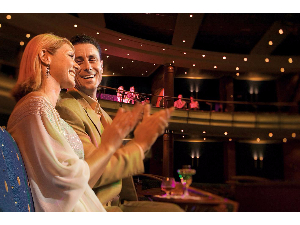 Date Night! Dinner for two to at the prestigious Wisconsin Dinner Club, round-trip transportation to downtown attractions and two tickets to a Repertory Theater, Quadraaci Powerhouse or Stiemke Studio production. A special thank you to the Wisconsin Club and Milwaukee Repertory Theater for their generous donation.