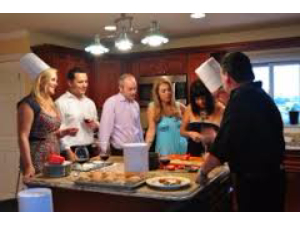 In-Home Chef! Wow your guests with an in-home chef gourmet dinner for 8, prepared by Award-winning Sodexo Chef Sean Durbin! Date and Menu to be mutually agreed upon. A special thank you to Sodexo for their generous donation!