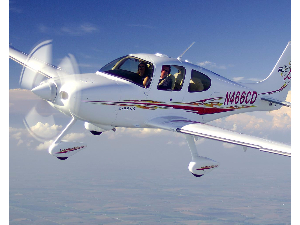 Take to the Skies! Try something new with the incredible Discovery Flight for two. A special thank you to Racine Sport Flyers for their generous donation.