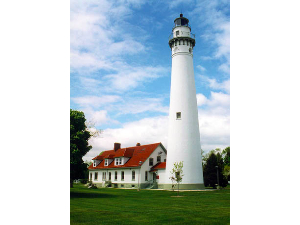 In Good Company! Be in good company as you enjoy this private Pontoon Boat Ride to the Racine Lighthouse with hors d'oeuvres and cocktails for eight with Dan & Kris Reisdorf. A special thank you to Dan & Kris Reisdorf for their generous donation.