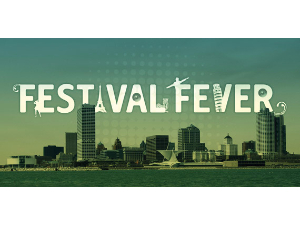 Festival Fun! Jam out this summer with these Summerfest Day Passes (4) and KOSS ii100 Stereophone Headsets. Up next enjoy great food and music with these passes for GermanFest (8) and IrishFest (2). A special thank you to KOSS, Summerfest, GermanFest and IrishFest for their generous donation!