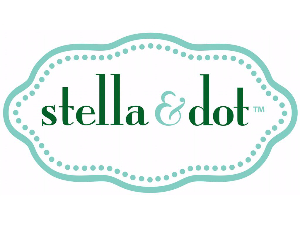 Stella & Dot! Birdie Necklace featuring chic leather and sweet chiffon petals blossoming below a versatile botanical inspired silhouette. Wear as a statement necklace, detach petals for a stand alone sparkle strand, or reverse for a solid gold strand. And to compliment, This stylish silhouette is the hottest new trend in earrings. A total of 4 unique looks, the interchangeable stud sets can be worn alone, or with the sparkle burst ear jacket for a peek-a-boo statement - 4 looks in all! A special thank you to Linda Ayala for her generous donation!