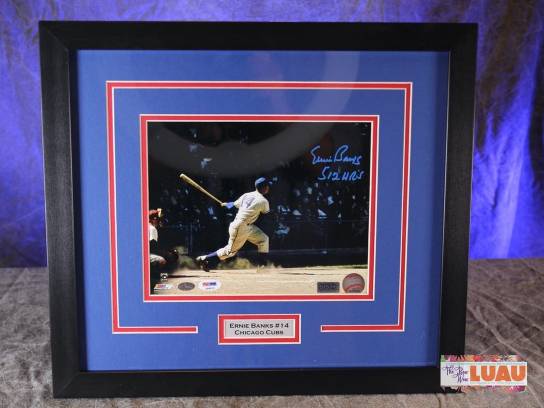 Ernest Banks (January 31, 1931 - January 23, 2015), nicknamed "Mr. Cub" and "Mr. Sunshine", was an American professional baseball player who starred in Major League Baseball(MLB) as a shortstop and first baseman for the Chicago Cubs between 1953 and 1971.

He was inducted into the National Baseball Hall of Fame in 1977, and was named to the Major League Baseball All-Century Team in 1999.

Banks is regarded by some as one of the greatest players of all time.

Donated By Friends of the Lawrence Humane Society