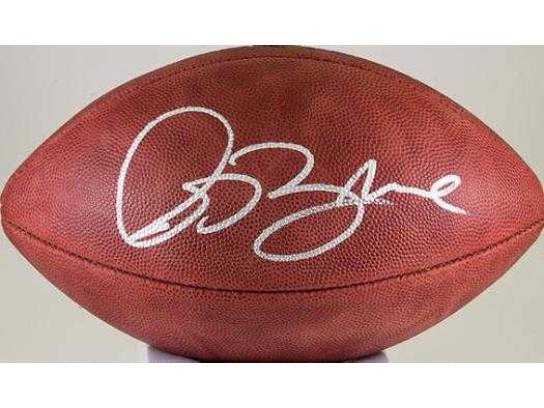 Isaac played 14 seasons with the St. Louis Rams before signing with the San Francisco 49ers to play two final seasons. During his 16 NFL seasons, Isaac was considered one of the best receivers in the National Football League. He was a world-class route-runner, very elusive and highly intelligent with great hands and a tremendous overall threat. He was the first of three second-round draft selections (33rd overall) by Rams in 1994 NFL Draft. When he retired, he was No. 2 on the NFL's all-time receiving yards list behind Jerry Rice and No. 5 on the NFL's all-time receptions list. He had more than 1,000 career receptions and more than 15,000 career receiving yards. His #80 jersey was retired by the Rams in 2010 and he is a 2017 Hall of Fame finalist.

Now is your chance to own an authentic, signed football by the one and only Isaac Bruce. The football would make a great addition to any office, media room, or man cave!