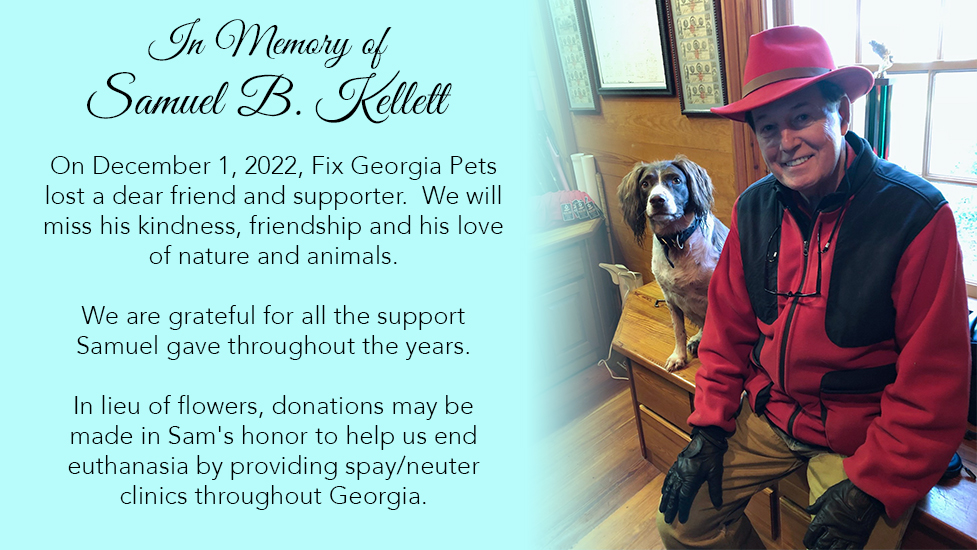 Sam was born on March 31, 1945 to Barbara Beam and Stiles Austin Kellett, Sr. in Atlanta, Georgia.

A lifelong Atlanta/Buckhead resident, he graduated from The Westminster School in 1963, and went on to the University of North Carolina at Chapel Hill where he obtained his Bachelor's degree in Business Administration. Upon graduation, he returned to Atlanta to work with his father in his real estate development company. In 1978, Sam co-founded a healthcare company that owned and operated twenty eight upscale nursing facilities, primarily in major metropolitan areas. This was the beginning of a life-long passion for senior care.

While the company went through many changes over the years, Sam retained an active role in the operations and ownership of many of the buildings.

In 2003, Sam formed Clear Choice Health Care, LLC, a healthcare management company that manages the majority of the buildings, and he took great pride in partnering with top healthcare professionals that provide the highest quality of care to each and every resident in all of his buildings. He was a dynamic leader, a mentor to many and always stressed the importance of personal involvement.

Sam was happily married to Janet McLeod Kellett for more than forty one years. They shared a great love for each other, a great love for their family (including their puppies!) and a great love for their American Saddlebred Horses. Sam inherited a love for the outdoors from his father; more specifically, a love for the piney woods of south Georgia and the native bobwhite quail. This passion, shared with his wife Janet, led them to purchase Riverbend Plantation in Quitman, Georgia in 1994. Over the years, he expanded and further developed the plantation for the propagation of wildlife. He loved the land; one of his greatest joys was being in the woods with his family and his dogs.

Sam had many notable accomplishments in his business career, but he was also a great philanthropist. He gave generously, and often. He gave from the heart and almost always anonymously, as he did not want the recognition. He was the rare gentleman that simply wanted to help. Sam served for many years as a Board Member of the Medical College of Georgia Foundation. He chaired the Investment Committee for thirteen years and in 2001 was awarded an honorary Doctorate Degree from this institution. He previously served as a Founding Board Member of the Community Foundation of Southwest Georgia. In addition, he served for many years as a Trustee of Covenant Presbyterian Church, where he was a lifetime member.

Sam was predeceased by his parents and his daughter, Charlotte Rich Kellett.

The Funeral Service will be Monday, December 5, 2022 at 2:30 pm at Covenant Presbyterian Church, 2461 Peachtree Rd, Atlanta, GA 30305, followed by a private interment service for family only at Westview Cemetery. He will lie in repose at the church prior to the service, starting at 1:30pm.

In lieu of flowers, donations may be made in Sam's honor to Fix Georgia Pets at www.fixgeorgiapets.org.

I would like to purchase a ticket and automatically be registered to support Fix Georgia Pets!

I am not purchasing tickets, but would like to register to support Fix Georgia Pets!