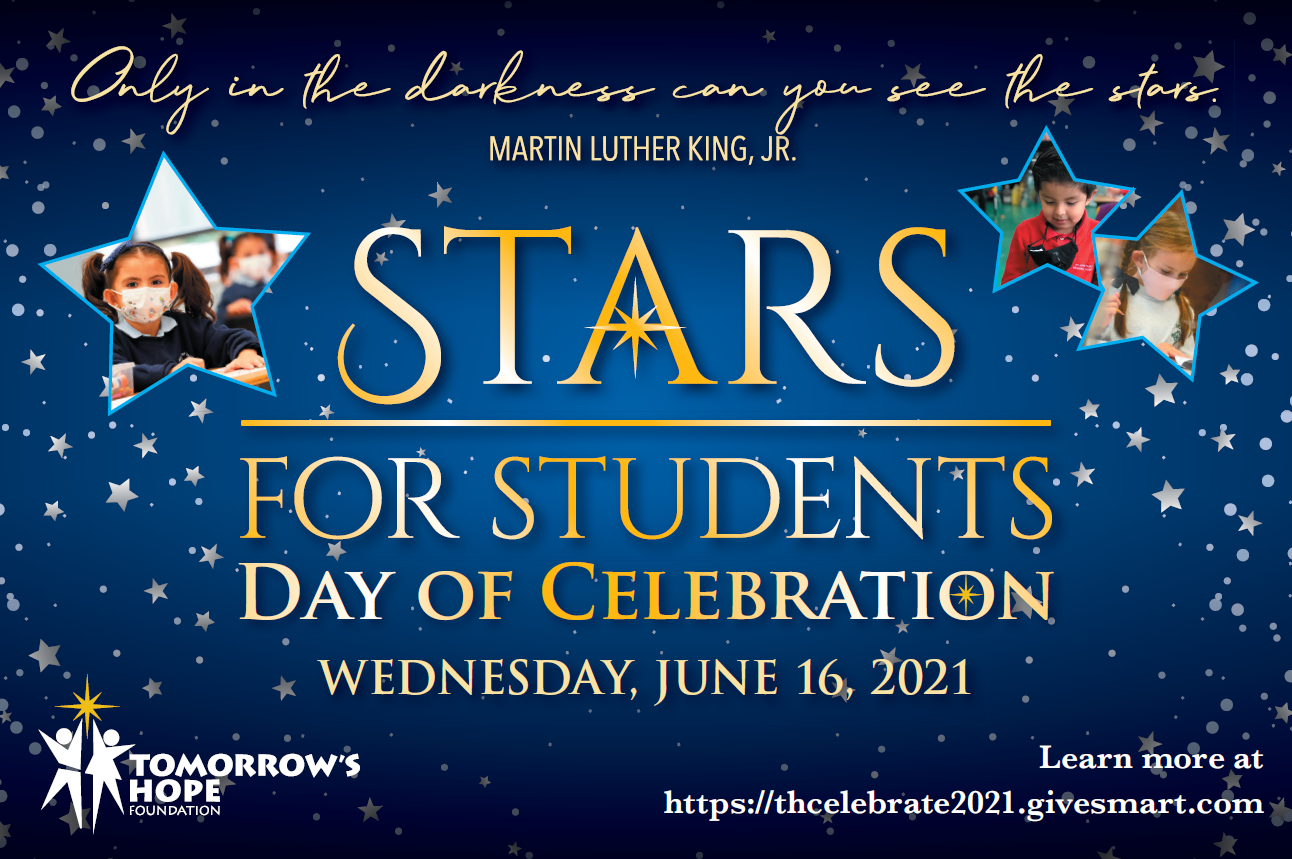 Tomorrow Hope Foundation's STARS for Students Day of Celebration is our largest annual event, which raises funds to provide much-needed scholarship assistance and program support for Long Island's Catholic elementary schools. Despite pandemic-induced challenges over the past year, our schools and the children we serve have thrived. We recognize students across Long Island who continue to shine as exemplary members of our community as well as the resiliency of Catholic elementary schools.

Please consider supporting our Day of Celebration to give more children the gift of a Catholic education! Thank you!

Two-Semi Annual Payments $1,250 payments made in May and November

No act of generosity is too small to make a difference!

I have read and agree to the Terms and Conditions and Privacy Policy and give my consent to Tomorrow's Hope Foundation to process my personal data. I understand I can revoke this consent at any time.

I agree to receive text message notifications from GiveSmart on behalf of Tomorrow's Hope Foundation. Message frequency varies depending on activity. Privacy Policy

I agree to receive text message notifications from GiveSmart on behalf of Tomorrow's Hope Foundation. Message frequency varies depending on activity. Privacy Policy

Become a "STAR" to one of our students so they may receive the gift of a Catholic school education! 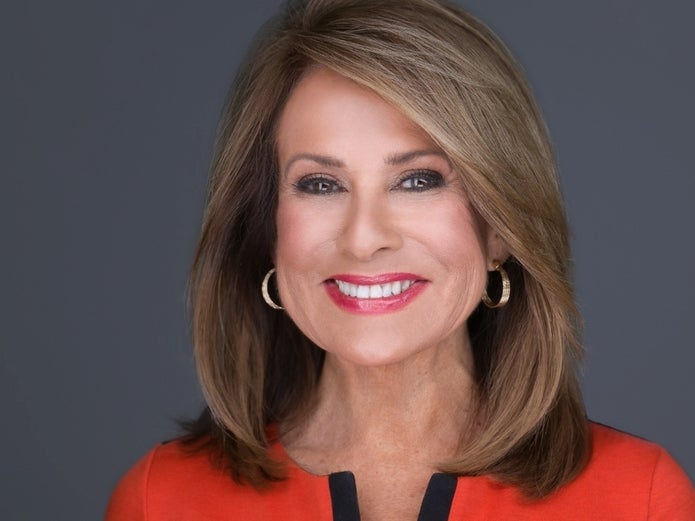 Carol Silva is the veteran, Emmy Award-winning television and radio news anchor, who spent 33 years in the lead anchor chair at News 12 Long Island. She also shared life from the road reporting from Ground Zero, Albany, Washington, New Orleans and Texas. Carol has covered Popes, Presidential elections, State and Congressional hearings and the struggles and rewards of everyday life.

Carol's three Emmys are among her more than 40 journalism awards. She is a 2019 inductee into the prestigious New York Chapter of the National Academy of Television, Arts & Sciences' "Silver Circle" and in the Long Island Journalism Hall of Fame. A New York Institute of Technology graduate, Carol was their 2018 commencement speaker and awarded NYIT's Honorary Doctorate for her distinguished career. Carol is also a New York State "Woman of Distinction."

She's often called an optimist, but Carol clarifies her positive attitude isn't the stuff of rainbows and unicorns. She's been inspired by thousands of people in the stories she's told. People who've somehow found a way to get beyond whatever disaster life has thrown in their path. Carol is now dedicated to celebrating our human ability to move past the worst of things. When she was diagnosed with Stage 4 cancer, her first words were, "Thank you God for my healing." 51-weeks later Carol was healed. She and her doctors credit her positive attitude, her faith and great medicine.

Two days before her diagnosis, Carol had packed the New York Marriott Marquis Ballroom, leading the Executive Leadership panel for the international WICT Leadership Conference (Women in Cable Telecommunications.) She lifted the nearly 900 applauding women to their feet with her focus on how to be their best and do their best, on those days they're not sure where to find their best.

Carol's career started at WBAB & WLIR rock radio stations, moving through WPIX-FM, the RKO Radio Network and PBS-TV in NY. She and her husband have 2 sons and a daughter. They coached their children's boys and girls soccer teams, mentored young Hispanic players and for 22-years taught PreCana marriage preparation to engaged couples. Carol was a PTA school board member, a Girl Scout Leader and was given The Juliette Low Award, Girl Scout's highest volunteer commendation.

Carol is a contributor to Long Island Woman Magazine. A Mexican American, she has been named Hispanic of the Year by the Suffolk County Police Department and a Hispanic role model by the Nassau County Hispanic Cultural Association.

Carol is now a full-time public speaker, spreading what she's learned from covering decades of bad to great news. She speaks to business, women's, community, and school groups about motivation, working women, how to find your power, the confidence challenges facing young people, and coming back from defeat. Carol knows. She still has her 1983 rejection letter from Cablevision hanging in her office, reminding her that "No" is just the first round of negotiations. 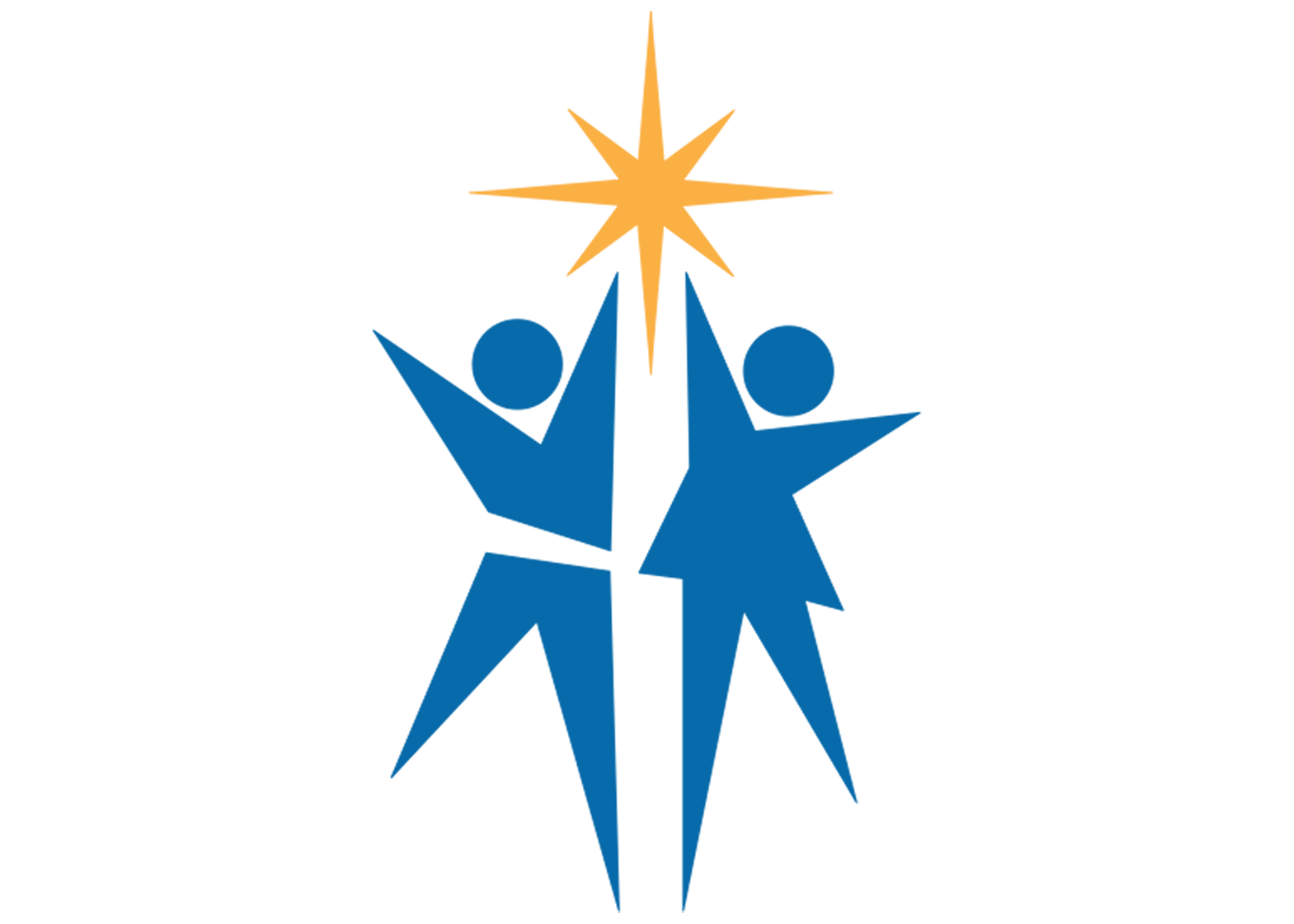 No act of generosity is too small to make a difference!

I would like to purchase a ticket and automatically be registered to support Tomorrow's Hope Foundation!

I am not purchasing tickets, but would like to register to support Tomorrow's Hope Foundation!