I have read and agree to the Terms and Conditions and Privacy Policy and give my consent to Shaw JCC of Akron to process my personal data. I understand I can revoke this consent at any time.

I agree to receive text message notifications from GiveSmart on behalf of Shaw JCC of Akron. Message frequency varies depending on activity. Privacy Policy

I agree to receive text message notifications from GiveSmart on behalf of Shaw JCC of Akron. Message frequency varies depending on activity. Privacy Policy

Shoreshim ()
$
Chaverim ()
$
Donation
$
Have a discount code? Click here to enter it.

The theme of the Annual Campus Gala on Nov. 9 is "Celebrating Our Community" with an invitation to invest and to make a world of difference. The funds raised at the Campus Gala directly benefit the Shaw JCC of Akron, The Lippman School, and the Jewish Family Service of Akron's Silver J-Ticket Program, located on the Schultz Campus for Jewish Life. When you support the Gala, you help a child go to Camp JCC, the Mandel Early Childhood Education Center, or The Lippman School. You allow seniors to connect with others at the Shaw JCC and get support.

Campus Gala attendees will enjoy a cocktail, and Hors d 'oeuvres reception, followed by dinner, after-dinner drinks, and dessert. Throughout the evening, attendees are invited to support the efforts of Jewish Akron's campus agencies and our community by bidding on auction items or donating to the mission match.

Please celebrate and support our community and pay tribute to gala honorees with a sponsorship or congratulations ad in the program book. The reservation deadline is Oct. 18. Reserve online or contact Ceil Cohen at 330-836-0419 or ccohen@thelippmanschool.org to purchase an ad or sponsorship. 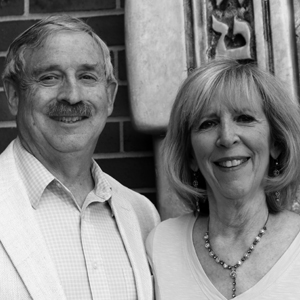 In the summer of 1983, Mike Segal had relocated from Connecticut to Akron for his job at General Tire, and his wife, Teri, was planning to join him a month later with their young daughters Rachel and Jessica. Driving on 77, Mike saw the Israeli flag over the treetops and followed the White Pond exit to the JCC.

"The very first guy I ran into was the JCC Executive Director Hy Tabachnick. I told him I was moving here with my family, and he said, 'Let me show you the Early Childhood Education wing,'" Mike says. "I called Teri that night and said, 'I think I found a preschool."

Today, Mike works for a national wealth management firm, and Teri is a retired speech pathologist for the Akron Public Schools. She continues to work part-time with preschoolers who have disabilities. Their daughters graduated from Revere High School, and now Rachel lives in the Chicago suburbs while Jessica works for the Jewish Federation of Greater Atlanta.

"(When we first moved here,) we reached out to Temple Israel, and I spoke to Cantor Gertz," Teri says. "He gave us the information we needed about the synagogue, and then before we hung up, he asked me if I'd like to teach Sunday School. I never did, but I always felt flattered."

"It's a win-win because you have that socialization, and you also feel like you're doing something good for the community," Teri says. "We came here knowing no one, so our friends became our family."

Together, Mike and Teri chaired Club 750 and participated in a Young Leadership trip to Israel in 1992.

"My vision for the future of Jewish Akron is to lay the foundation for continued Jewish involvement and proactively engage those folks," Mike says.

Teri adds that if people have benefitted from the open arms of Akron's Jewish community, it's their responsibility to get other people involved.

"The community has done so much for our family and us. I'm happy to have done whatever we've been able to do - individually and as a couple - and would like to continue that and pass it on," she says. 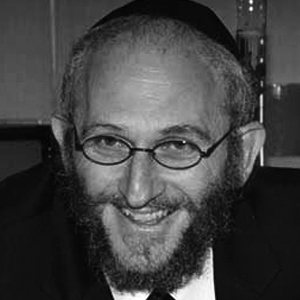 Not only was Rabbi Sasonkin the spiritual leader of Chabad of Akron/Canton since 1989 and Anshe Sfard/ Revere Road Synagogue since 1995, but he was also the husband of Kaila, a son and son-in-law, a father of 10, a loving grandfather, and friend to many.

Community member Joe Kanfer described Rabbi Sasonkin as having "unbelievable energy, commitment to the community, and brilliance of human understanding. He had not only knowledge of text but knowledge of people."

At this year's Campus Gala, The Rabbi Mendy Sasonkin Award for Righteousness will be presented posthumously to Rabbi Sasonkin, an individual who lived, without exception, a moral and ethical life dedicated to Judaism, the Jewish people and inspiring others to follow in this path. 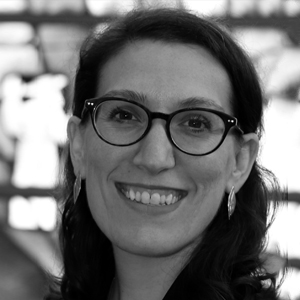 Rabbi Elyssa Austerklein (Beth El Congregation)
In the two years since Rabbi Elyssa Austerklein arrived at Beth El Congregation, she has been focusing on building a sense of meaning and community. "Beth El is a community open to change. I am proud of the work I do with the Ritual Committee to be as inclusive as possible within the bounds of Conservative Judaism and halacha, or Jewish Law," she says. "It is also my goal to bring meaning to every aspect of Jewish life - personalizing lifecycle events, focusing our prayers with spirituality, and bringing God and Torah to meetings and moments that may otherwise feel mundane." 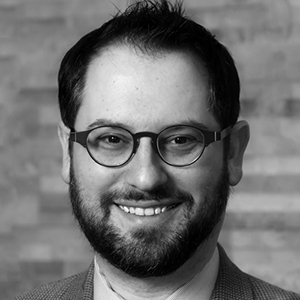 Rabbi Josh Brown (Temple Israel)
This summer marks Rabbi Josh Brown's third year on the pulpit at Temple Israel, and he says his role in Akron's Jewish community is to help people connect. "We live in a society where our primary mode of communication is through a piece of technology. People want to be part of something larger than themselves and filled with meaning and real interactions," he says. "That's what a synagogue provides, and that's what people are finding in Akron - especially in our Jewish community - because we're so tight-knit, and they're welcomed in." 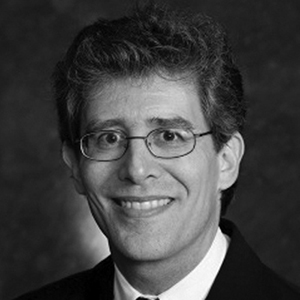 Rabbi Michael Ross (Temple Beth Shalom in Hudson and the Hillel at Kent State University)
Rabbi Michael Ross jokes that he wears a lot of kippot, or head covers, in the Jewish community just outside the borders of Akron. As the rabbi of Temple Beth Shalom in Hudson and the Senior Jewish Educator for Hillel at Kent State University, he leads a wide age-range of congregants which comes with a unique set of challenges. "I came to this area last August from a Conservative synagogue in Greensboro, NC, and as the new kid on the block, it's been an interesting acclimation process, but I've been able to balance those two schedules," he says. 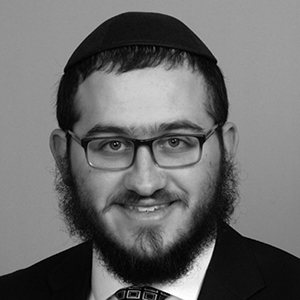 Rabbi Moshe Sasonkin (Anshe Sfard/Revere Road Synagogue)
Akron's Jewish community experienced a tremendous loss last fall with the passing of Rabbi Mendy Sasonkin, OBM. His son, Rabbi Moshe Sasonkin, succeeded him as the spiritual leader of Anshe Sfard/Revere Road Synagogue. "I am continuing the legacy of my father, and I feel like I have a responsibility to continue his work," he says. "I share that same passion, and my wife does as well, to show unconditional love for everyone around them, to show that Judaism has excitement and equal opportunity for everyone, no matter what their background is."

I would like to purchase a ticket and automatically be registered to support Shaw JCC of Akron!

I am not purchasing tickets, but would like to register to support Shaw JCC of Akron!