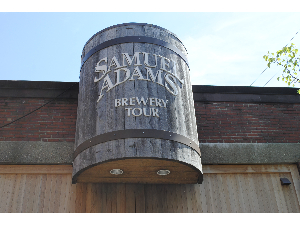 Exclusive tour and tasting for two (2) at the Samuel Adams Brewery in Boston, five (5) course dinner with beer pairing at McCormick & Schmick's, three (3) night stay in a standard guest room at The Fairmont Copley Plaza, daily breakfast for two (2) and round-trip airfare for two (2). Value: Up to $5,715