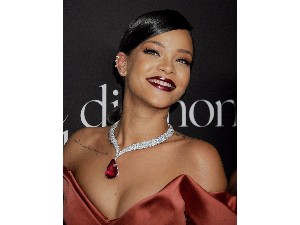 **BIDDING WILL BE DONE DURING THE LIVE AUCTION**

You and a guest will attend Rihanna's Diamond Ball, one of the most exclusive, celebrity-studded fundraisers of the year. The invitation-only, black-tie event will be hosted by comedian Kevin Hart on December 10, 2015 at the historic Barker Hangar in Santa Monica, California. Only an estimated 650 people will be in attendance. Last year, Rihanna performed, accompanied by a live orchestra, and Brad Pitt was a featured surprise guest, along with Salma Hayek, Kim Kardashian, Kris Jenner, Big Sean, and Ne-Yo among many others. It's the party of the year for Hollywood business executives, Rhianna's celebrity friends, and Los Angeles' most influential tastemakers. The evening includes an exquisite dinner, followed by a surprise guest hand picked by Rihanna herself. You're VIP treatment continues each evening, as you'll stay for 2 nights at the luxurious Hotel Casa Del Mar with a panoramic view of the Pacific Ocean

All purchases are non-refundable. Package cannot be resold. Winner and guest must be at least 21 years old or older. Air and Ground transportation are not included.

Tickets will either be available for pick up or will be mailed to the winning bidder a minimum of one week before the event. Please contact Cristy Casado at cristy@lynnemitchellfoundation.org.