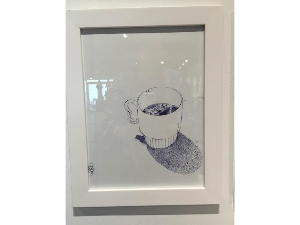 "I had some dreams." by Amanda Cassingham.