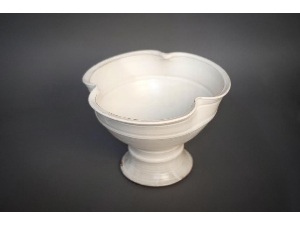 Wine bottle vessel hand made by Potsalot Pottery on Magazine Street. Can be used to chill multiple bottles of wine. Lagniappe bottles included!