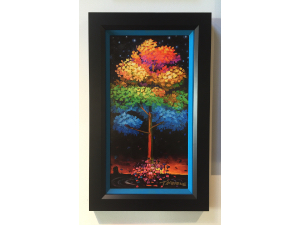 "From Nothing" frame giclee by Terrance Osborne