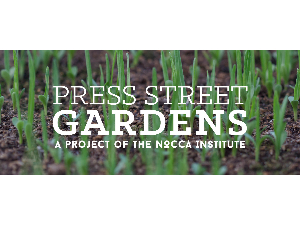 Wine and dine in Press Street Gardens with catering by the Boxcar and entertainment by NOCCA jazz students, BYOB! The Boxcar will provide two cooks for three hours. The menu will feed ten people and use fresh ingredients from Press Street Gardens. Any special request will be an additional charge.