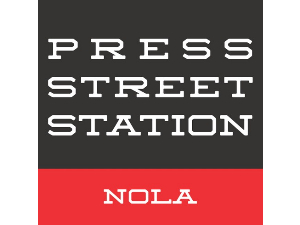 Enjoy a private party at Press Street Station for 25 people with live jazz music from NOCCA students and a three course meal prepared and served by NOCCA Culinary Arts students. This offer is good for any Monday night the cafe is closed.