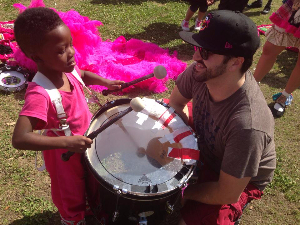 Joe Gelini will teach students of any level, basic to advanced, during a one hour drum lesson on an agreed upon date (Value: $100)