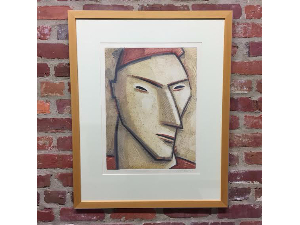 "Study for Moroccan Series" by Robert Gordy, donated by Willa and Tim Slater