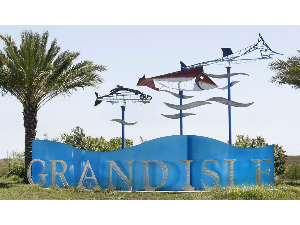 Enjoy a three night stay at Achilles Blue Fish on Grand Isle along with a chartered fishing trip for four courtesy of H and M Fishing Charters. Vacation rental has 4 bedrooms and 2.5 baths, a large open floor plan, 9 beds and 1 sofa sleeper.