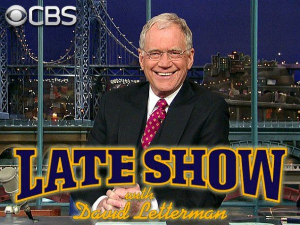 Letterman tickets are valid till March 2015