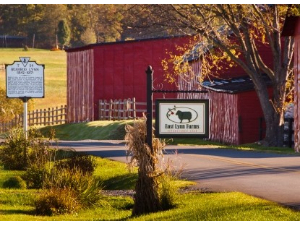 A one-night stay at the historic and charming Inn at East Lynn. Nestled between the scenic Blue Ridge and Bull Run Mountains, you will have the entire historic farmhouse for your exclusive use and relaxation. Just one hour from Washington, D.C., the Inn is the perfect destination for a romantic weekend. Close to Middleburg and a stone's throw from Virginia's finest wineries, golf courses and Civil War sites, the Inn offers the consummate countryside experience. Available: December 1, 2014 through March 31, 2015 excluding holidays. Package includes breakfast made by the Innkeeper and a bottle of 2004 Dom Perignon.