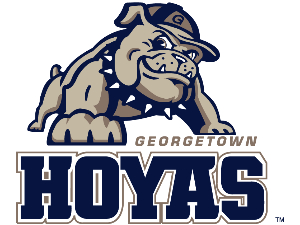 Two front row, on the court tickets to a Georgetown Hoyas men's basketball conference game. Package includes brunch or dinner at restaurant of your choice near the Verizon Center.