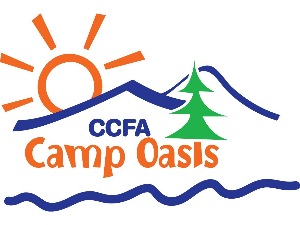 $1,500 could send a child with IBD to Camp Oasis. Camp Oasis is a co-ed residential camp program whose mission is to enrich the lives of children with Crohn's disease and ulcerative colitis by providing a safe and supportive camp community.