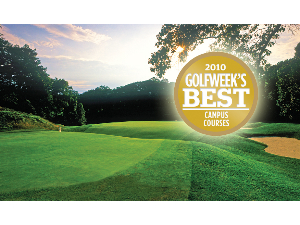 Enjoy a round of golf at the University of Maryland Golf Course. Package includes greens fees and carts for four players. Valid til June 30, 2015.