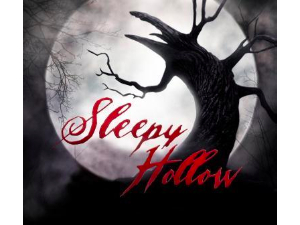 Don't get spooked as you enjoy an evening of ballet at the Kennedy Center. From the creators of ALICE (in wonderland) and Hemingway: The Sun Also Rises comes a third exploration of iconic American literature - Sleepy Hollow. An atmospheric thriller, Washington Irving's classic tale is now being told through the expressive and lush language of ballet. In a love triangle, the new school teacher, Ichabod Crane, finds himself smitten by a flirtatious beauty, Katrina Van Tassel, much to the displeasure of town rowdy, "Brom Bones" Van Brunt. A rivalry ensues and the ghostly "Headless Horseman" comes into play one fateful night. This program features original live music, choreography, costumes and sets. Package includes dinner for two at Old Ebbitt Grill and two tickets for the world premiere performance Washington Ballet's Sleepy Hollow, February 18, Row J 103 and 104.