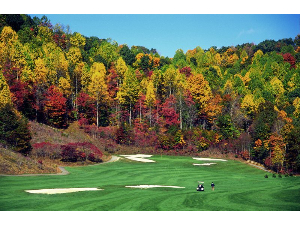 Enjoy golf for four at the Stonewall Resort in West Virginia. Resting along the shores of Stonewall Jackson Lake, the Arnold Palmer Signature Course at Stonewall offers glorious views and abundant wildlife with elements that range from tepid to treacherous. Package includes green fees, range balls and tax.