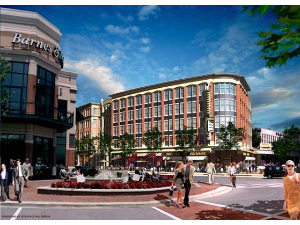 Basket includes a weekend stay at the Hilton Garden Inn in Bethesda, two orchestra tickets to the Nutcracker (November 26-December 28, 2014) at Round House Theatre, dinner for two at Ruth's Chris. Your weekend is not complete without yummy delicacies from Bradley Food & Beverage, including wine, cheese and chocolate.