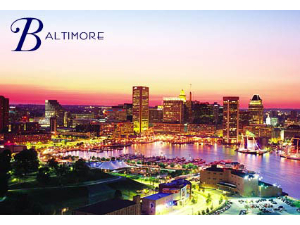 Enjoy the charms's of Baltimore. Package includes a one night stay and parking at the Sheraton Inner Harbor, dinner at Roys, admission for two to Medieval Times, two concert tickets to a performance of your choice of the Baltimore Symphony Orchestra and a wine and food pairing at Linganore WineCellers