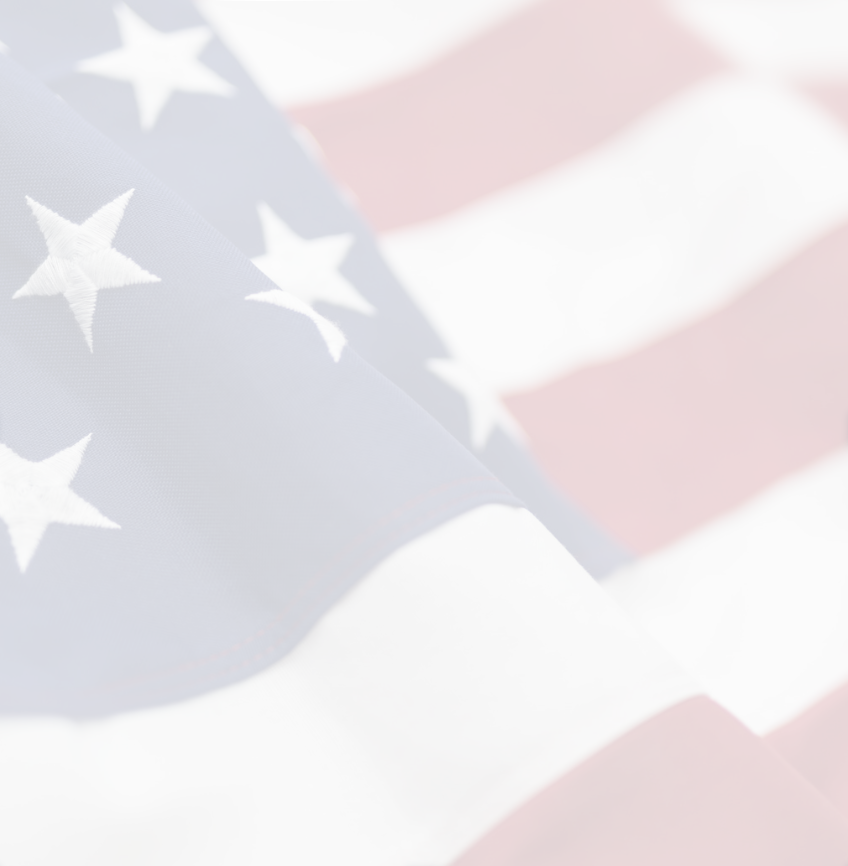 No results were found in Auction category.Search all items.

Specifically designed for reliable service in tough, rugged environments, the Henry US Survival AR-7 Semi-Auto Rimfire Rifle has been carried by bush pilots and backpackers for decades. The AR-7 quickly and easily breaks down to store inside the floating buttstock to stow in the trunk of a vehicle, in a duffle bag, or anywhere one might need a .22LR rifle in an emergency. In a few seconds, without the use of tools, you can assemble the rifle by attaching the receiver to the stock, inserting the barrel, and hand screwing a threaded ring, which is permanently attached to the barrel, until the barrel is tightly fitted. The receiver is made of alloy, and the rifled steel barrel features an ABS plastic coating for superior corrosion resistance. A rear aperture sight and a blaze orange front sight blade are rugged and reliable, and allow precise shot placement. The AR-7 Semi-Auto Rimfire Rifle uses an 8-round magazine (comes with 2) for fast reloading.

Going hands-free is key to effortless style, and the backpack lets you do so without leaving anything behind.

The Chesapeake Blazer features a nice checkered pattern that gives a nod to the old school sport coats of the 90's. No more feeling like you're in a straight jacket, this blazer has built in stretch to accommodate your on the go lifestyle. We love to layer it with a patterned button up shirt and soft sweater.

Along came Chris DeRubeis... Born in 1978, it wasn't long before DeRubeis showed a very early proclivity for drawing. He drew on any materials he could find at home to express his talents. This talent was nurtured to the fullest by his family, and at age 11 his Grandfather gave Chris his first Airbrush.

After watching Chris use his airbrush for the very first time, his Grandfather proclaimed that Chris was to become the Artist his Grandfather always wanted to be and would inevitably share his talents on the world's grand stage.

As those who know De Rubeis would be quick to tell you, he has never been one to run with the herd. He found many of these styles to be outdated and uninteresting like his history lectures. Chris continued his quest, searching for something greater and undiscovered, and then one day it happened.

While grinding the base paint off a Harley gas tank in his workshop, DeRubeis noticed something spectacularly unique. With each pass of the grinding pad a new piece of metal was exposed to the light unveiling fantastic patterns that seemingly danced off the tank, as if it had come to life?.. History began!

Racing to the local metal shop and grabbing scraps of metal, DeRubeis began experimenting with different tools to manipulate the way light reacted with the surface. He introduced chemicals and paints to the surface creating unique reactions and bringing his art to life??.Abstract Sensualism was born!

"I favor metal because I can combine a form of sculpture as the foundation for my expression and have found a way to enhance my ability to communicate emotions more intently. All art should inspire and evoke emotion... Art should be something you can actually feel."

The introduction of his unique style to the art world was met with uncertainty, as galleries had never seen or sold art like it before. It wasn't long before his innovative style and technique were noticed and galleries across the country began inquiring about his work.

Then in 2005 De Rubeis' work was submitted and honored with two nominations by the First Annual Fine Art Awards televised live from the MGM Hotel and Casino in Las Vegas, NV. Nominated in the "Mixed Media" and "New Movement" categories, he earned the "MUSE" Award in "New Movement" and is now known as "The Father of the Conceptual Movement."

De Rubeis, then only 27, dedicated his award to his Grandfather who had passed away just months earlier.

In 2009 De Rubeis was signed by famed art publisher David Smith who immediately saw the future in Chris's art. Now, DeRubeis is certainly one of the hottest selling artists in the world. His works are on permanent display in high end galleries throughout the United States and abroad.

He continues to create new styles and designs for his work, forever changing the way we view art. Yet another unique twist to DeRubeis' artwork, his pieces are rarely shown in frames. When asked why his work is always "floated," Chris simply replied with a smile, "WHY NOT!"

As you would imagine, artists are attempting but failing to imitate his style. DeRubeis states, "You won't find what I create in any art school?yet."

Pappy Van Winkle | 12 year old Lot B "Van Winkle Special Reserve is the perfect combination of age and proof. This sweet, full bodied whiskey has been described by some as 'nectar.' We agree! The 12 years of aging and medium proof of 90.4 seem to be just right in creating a very pleasant drink of whiskey. This fine bourbon can compete with any excellent cognac as an after-dinner drink. The overall impression is rich and deep."

Balvenie 18 year old Sherry Cask | Coming to the Balvenie distillery is an aspiration shared by Balvenie lovers around the world, but for many it is a dream never realized. Through generations of whisky-making The Balvenie Makers know that making exceptional whisky requires time, patience, dedication, passion, and curiosity. In their commitment to making the very best whisky. Everyone and everything at The Balvenie has its own unique story to tell, with many having worked at The Distillery refining their craft for decades. Just like each bottle, the people of The Balvenie, and their craft, are full of simple complexity

Help the special outdoorswoman in your life look and perform her very best in the Field with 2 beautifully,
American-made Vests! One Ladies' Custom Sporting Vest in Grey Feather trimmed in our signature blaze
orange quilting in a size Large. For her days on the range, we offer the Contender Sporting Clays Vest in
signature Red and Navy, also in a size Large/XL. Upland Bespoke? is Fashion for the Field?. Designed in
Dallas and hand made in America, exclusively for women.

For the first time since the incredibly successful launch of the new Walther flagship model, the PDP, Walther is excited to announce the Performance Duty Pistols being offered in new color options.

The everyday backpack, re-inspired with an iconic printed motif. The bold pattern is balanced by a rugged linen-canvas blend for a durable experience. Featuring a roomy outer front pocket, spacious interior, and designed-for-comfort straps, this bag adds a fresh statement to classic looks.

Hoyt has built the top dog of tournament bows with the HyperEdge.

There are so many features that are built into the HyperEdge, it is destined to perform no matter what tournament its entered into.

Starting with the modular grip system which gives the archer an ability to change the grip angle to desired aiming preferences. This is a fully customizable grip system allowing the bow to be perfectly tuned to the archer's specific hand position.

The DFX cam system incorporates two cable stops which make for a very solid back wall. If you're looking for absolutely no give at all, install the optional limb stop for a wall that simply will not budge.

At 36 inches axle to axle the UltraFlex Limbs and DFX Cam and a Half work in sync which actually allows a longer axle to axle at full draw. This makes the HyperEdge hold and aim like it's a 40 inch non parallel limb bow.

Hoyt added yet another feature to the HyperEge including the ZT cable guard into the bow. The ZT cable guard system is proven to eliminate torque at full draw and also increase smoothness in the draw cycle.

Top it off with a super forgiving brace height of 7 inches and an actual ATA speed of 325fps and the HyperEdge really has it all.

Smooth to draw, easy to aim, solid back wall and the adjustability to fine tune the bow will suit any style.

The stability of the Hyper Edge is incredible and after the shot there is minimum hand shock. Hoyt listened to archers around the world and have designed the ultimate in tournament bows.

Look out for the HyperEdge at the top of the leader board at archery tournaments across the globe.

Specs at a glance

Made in the USA

Made in the USA

When you wear it, you'll undoubtedly get attention. It's a symbol that is easily identifiable for those of us who regularly see the inside an AR-15 rifle. Wear it boldly, people will stop and ask you a question about it. It can spark a conversation to educate and share your passion.

Rapid deployment, thin, agile, and precise. This is the MCX Rattler. Featuring a 5.5" PDW barrel, the MCX platform has never been more compact or accessible. Ready to go where-ever it's needed, the MCX Rattler has a thin, foldable stock for easy concealment and stowage. This gun was designed from the ground up to be as discrete as possible while retaining all the capabilities of the MCX. Free-floating M-LOK hand guards matched with a PDW upper and a PDW Ultra Thin Folding Aluminum Stock, the MCX Rattler SBR is the ideal choice for fast-moving operators.

Give-A-Buck Foundation is devoted to eliminating homelessness in America

is devoted to eliminating homelessness in America

The new XD-M Elite 4.5" OSP 10mm combines all the refinements of the Elite series with the impressive power of the 10mm cartridge. Offering an impressive 16+1 capacity, the pistol features the Match Enhanced Trigger Assembly (META™) with a flat face, crisp break and integral overtravel stop. Additional features include an optics-cut slide, an extended/removable flared magwell, improved slide serrations and an ambidextrous slide stop. The result is a highly shootable - and remarkably powerful - polymer-framed pistol.