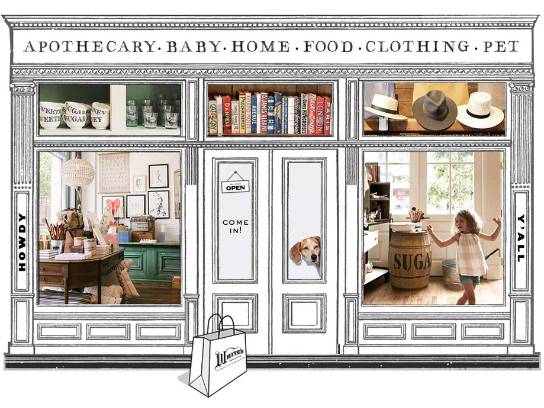 Have fun shopping with this $500 gift card for White's Mercantile!

White's Mercantile. also known as "A general store for the modern tastemaker" is the brainchild of singer-songwriter Holly Williams. What began in 2013 as an attempt to fill a shopping void in Nashville, save an iconic old gas station, and revitalize the concept of a general store, has turned into a retail phenomenon boasting seven locations across the Southeast and more on the horizon. The store is named after Williams' maternal grandparents, WARREN AND JUNE WHITE, who owned a mercantile in Mer Rouge, Louisiana, in the late 1800's and has been hailed as, "impeccable....modern....always on point."