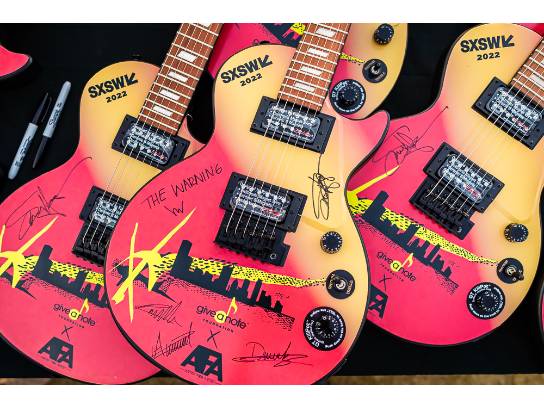 About The Warning Band

Hailing from Monterrey, Mexico, the trio of sisters - Daniela "Dany" (vocals, guitars, piano), Paulina "Pau" (drums, vocals, piano) and Alejandra "Ale" Villarreal (bass, piano, backing vocals) - erupt with mind-blowing riffs, unpredictable, stadium-filling rhythms and infectious vocals. After exploding online with viral moment after viral moment, The Warning have used that momentum for a series of independent releases, including the Escape the Mind EP [2015], XXI Century Blood [2017] and Queen of the Murder Scene [2018]. After quietly amassing over 120 million YouTube views and 10 million streams, they have already burst into the limelight of the hard rock world with their debut single "CHOKE" on LAVA Records in 2021, which reached over 1 million streams upon its release, followed by three more singles and a collaboration with Alessia Cara for Metallica's "The Metallica Blacklist" album. According to worldwide media: