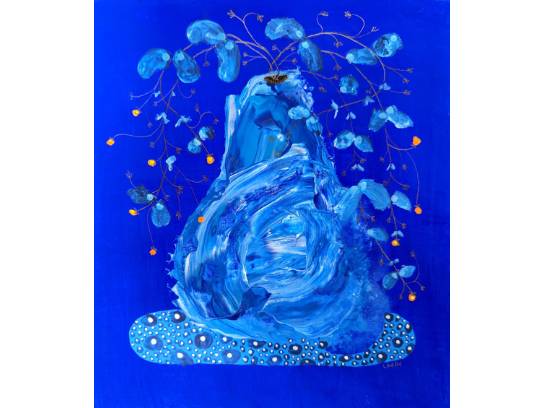 Plantissimo 7 by Jac Lahav acrylic, flashe, graphite on paper, 9 x 10 inches, 16 x 17 inches framed, 2022. Born in Israel, Jac Lahav grew up in Boston and received a Bachelor of Arts degree in psychology from Wesleyan University in Connecticut. He studied painting at the School of Visual Arts and The Cooper Union and received his Master of Fine Arts degree from Brooklyn College, New York in 2008. His series of paintings 48 Jews and The Great Americans employ portraiture to question basic assumptions about the relationship of historical memory and collective identity. These works have been shown in several museums across the United States, including The Great Americans exhibition at the Florence Griswold Museum in 2019.