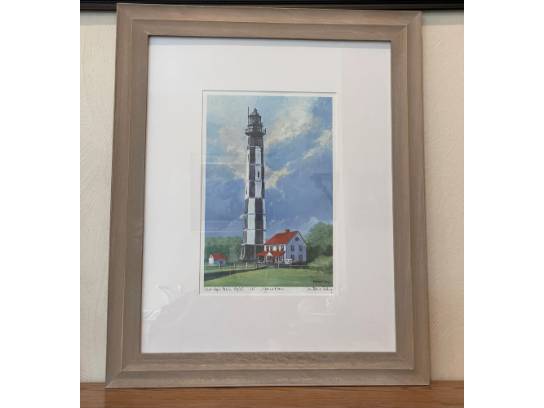 In 1872 the historic Cape Henry Lighthouse was found to have trouble structural damage. At that time plans to build a new lighthouse were formed.

The new lighthouse was completed in 1881 with its light shining at a focal plane of 157 feet and visible for up to 18 ľ miles. The old tower, which was left standing as a daymark and as a basis for coast survey triangulation, transitioned from a lighthouse to a historic landmark.

Today the two towers stand at the base of the Chesapeake Bay on the southerly Cape of Chesapeake Bay, guiding our Navy sailors home.

Local Pick Up Only