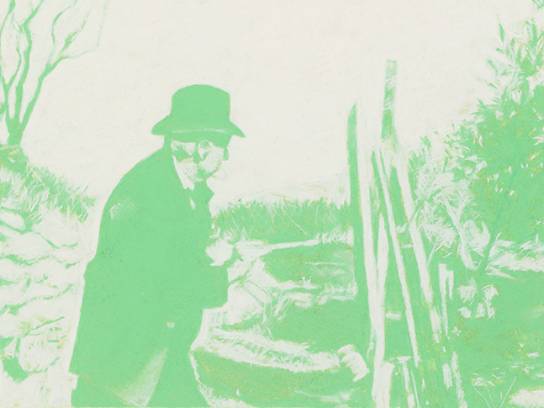 Born in Ferrum, Virginia on June 21, 1935, Bernard Martin received his MFA at Hunter College in 1962 , and his BFA at RPI (pre-VCU) in 1959. He passed away Christmas Eve, 2021. He was professor emeritus of art at Virginia Commonwealth University where he was the first chair of the Department of Painting and Printmaking from 1966 to 1992. Martin has had numerous solo exhibitions throughout it decades long career, including three separate traveling exhibitions with the Virginia Museum of Fine Arts. Since 1965, Martin has exhibited in over 200 national and international group exhibitions. He has been the recipient of two Fellowships with the Virginia Museum of Fine Arts and a National Endowment for the Arts Visual Arts Fellowship, and the Pollak Lifetime Achievement Award. Martin's work is part of several public collections including -The Smithsonian National Collection of Art, Washington, D.C., the Chrysler Museum, Norfolk, VA, and the Virginia Museum of Fine Arts, Richmond, VA. Martin created two novel covers of esteemed writer Tom Robbins and is part of many private collections.