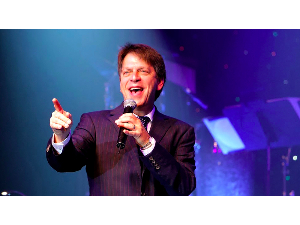 Big Band Concert - 4 tickets at the Sharon Lynne Wilson Center Dec.10, 2014: 'Tis the season for us to once again deck our halls with the swingin' sounds of the Wilson Center Big Band, joined by very special guest vocalist Steve March-Torme. Accompanied by these talented musicians, Steve will perform finger-snapping renditions of festive favorites, including "Winter Wonderland," "I'll Be Home For Christmas," and "Sleigh Ride." With "an extraordinary voice that smolders on ballads and electrifies when it swings," (Las Vegas Tribune), he will also pay homage to his father, Mel Torme, with a captivating rendition of "The Christmas Song." This program has sold out five years in a row! Donated By: Sharon Lynne Wilson Center Value: $110