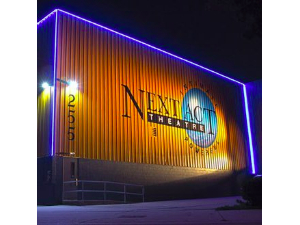 Bravo, Next Act - Two admissions to one mainstage production at regular season performance for Next Act Theatre. Next Act offers a unique blend of high quality, entertaining and thought-provoking plays and premiere productions in a modern, intimate performing space that brings you right up close and personal. Donated By: Next Act Theatre Value: $80